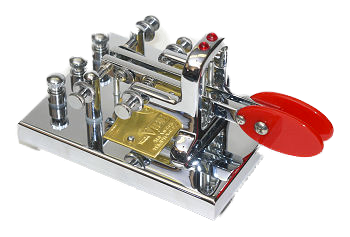 This essay is in response to a question asked by John W2IWW on our GSARA Discord site but may be useful for others.

He asked about CW Contesting and how to know which contest a particular CQing station is working. This can be an issue when a few contests are on the air simultaneously. This happened, for example, the weekend of October 9-10, 2021, when there were four state qso parties on the air at the same time, namely, PA, SD, AZ and NV.

First, one should consult the Contest Calendar (just google it) to see which contests are scheduled to be on the air and what the contest rules are.

Next, one should consult a DX Listing (even for non-DX events) such as the DXCluster at SK6AW.net. This is my favorite listing site where one can select the Mode (CW, SSB or Digital), Band (for contests 20, 40 and 80), the Continent (N. America for QSO Parties or ANY for world-wide contests). Note the COMMENTS column where the name of the contest and/or state/county may be listed.

Always one can note the call sign number of the calling station (although these days we encounter 1 callsigns operating from any state rather than from just New England). During the QSO Party referred to above, PA 3, SD 0, and AZ 7 and NV 7 the numbers were generally useful.

Another less useful DX Listing is DXSUMMIT.fi where one can use the Filters for Mode and Band(s) but it is not possible to set a Continent.

In the matter of CW speed, one will generally encounter a rather fast pace with a particular contester sending at 30+ wpm speed. This can be frustrating but sometimes listening again and again (a headset may help) may bring copy. One must wonder what these speed demon contesters are doing besides showing off. For if they ran at a slower speed, more stations could make contacts and over all their score might be greater in the end. CW readers are useless at such speeds.

One gadget that is useful in a CW Contest is a memory keyer to send your callsign and your response somewhat fast just with the press of a couple of buttons. CW paddles are still important for  fill-ins. A keyer which sends incrementing numbers is useful also (otherwise one can program a number such as 025 into a memory and just send it as needed. That’s not quite honest and will work only if you are not going to submit your logs in a contest.

A good memory keyer to use is the Winkeyer USB which has 4 memory buttons and a speed control. Paddles can be plugged in. It can mate with logging programs to produce more reliable CW compared to computer generated CW.

Serious CW contesters and DXers on DXpeditions generally use a logging program such as N1MM or N3FJP whereby logging and sending are done with a keyboard. These are fun to see in action. (I wonder why someone has not done a Youtube presentation on this.) However, one may also use pen and paper for logging calls, times and reports which later can be entered into one’s contact log, the old fashioned way!

One thing that CW contesting shows is the popularity of CW and that digital computer modes like FT8 will not displace CW because CW is Forever!